Lawns are really important here.  We started to get the picture after two of my cousin’s first question after – Did you get there okay?” – was “How is the lawn? Does it need mowing?”  And then, when we went to Uncle Ralph’s 89th birthday party there was quite a bit of talk about dandelions and new mowers (Signature being the optimal and exciting purchase, whatever that is).  My long ago happy time, as you may have previously seen, was taking a spin on Uncle Arnold’s Case mowing tractor and that, of course, was because Uncle Lawrence represented and sold that brand “on the road” even though it was John Deere territory. 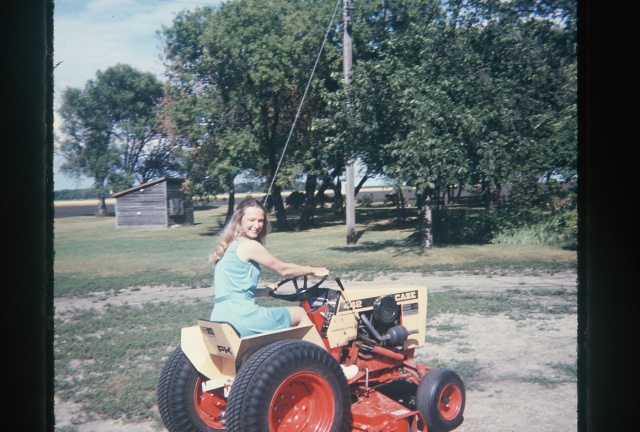 Even Harriet got into the mowing spirit!

Here at Mt. Faith, after four days of listening to the roar of neighboring ride-ons, we realized that it was most important not be seen as recalcitrant, tacky Californians and get with the program before we were judged to be a disgrace to the neighborhood.

Turns out that the riding mower which was left here and part of the “deal” has a flat tire and a dead battery.  And beyond that, I’m not sure that I want to see Robert whizzing about the grounds and three-wheeling it down the embankment.  It’s a new priority, this lawn mowing.  In California there is a major push for “water efficiency gardens” and that basically means that the goal is to have NO GRASS.  And we had NO grass at Castenada Lane.  And only minor patches here and there in other locales.  In fact, I usually dug it all up and planted it with perennials and roses.  So this is a new venue.  Of course in California water is Gold.  And we know what happened to King Midas with his greed.  But here the water literally rains down from the sky all summer.

Well – thank goodness for Blair, who came highly recommended and shot around the grounds, not just on a “riding mower” but on a jet-propelled Standing Lawn Chariot.  I’ve never seen anything like it. And he was gone in a flash and I presume, that he will return some day for his gratuity.  And hopefully will continue to mow and better yet, snow blow!   This IS Minnesota, where you go into the gas station to present your credit card before pumping and they look puzzled because they don’t need your card until you have actually pumped!

This evening after dinner, we decided to walk down the road to get a better view of the Otter Tail River. 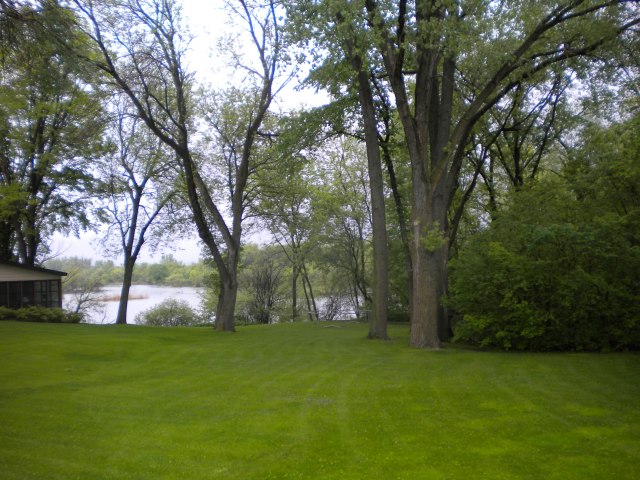 A peek of the Otter Tail

And just a block from our house we came upon a small trail leading along a creek. 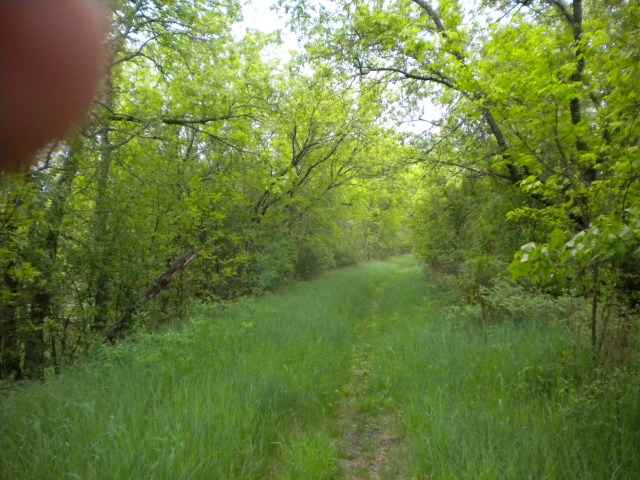 If the water hadn’t been raining beautifully down from the sky we would have explored further, but  instead we decided to leave it for another day and we returned home to enjoy our newly immaculate lawn.

This entry was posted in Gardening, Wild Life. Bookmark the permalink.