I just took in my first two teensy Juliet grape tomatoes and cut two smallish heads of broccoli. T.M. has been picking the basil – Sweet, Marseille and  Cardinal.

It’s been a long season of waiting and watching for gardeners in Minnesota so far. There was snow in May and spring delayed until sometime in July.

But that’s not my problem. It may be the problem of the harvest goddesses or the garden elves. Could be Loki is messing around with Idunn again, changing the whims of life. Could even be – can I say it out loud – global warming. Shhhhhhh.

But my personal issue has to do with the fact that I only have a minuscule, middling and insufficient vegetable garden. 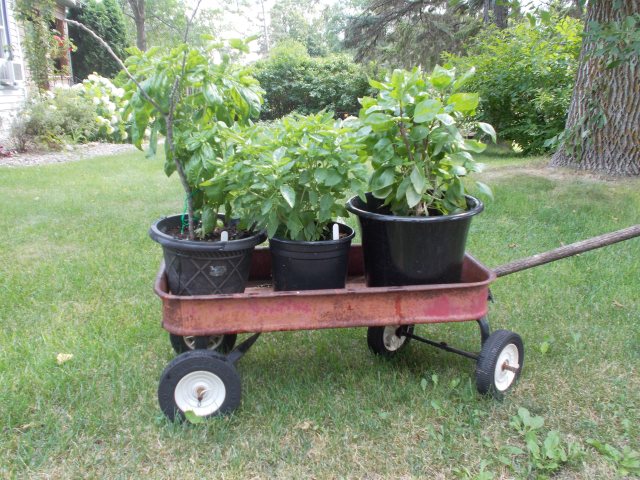 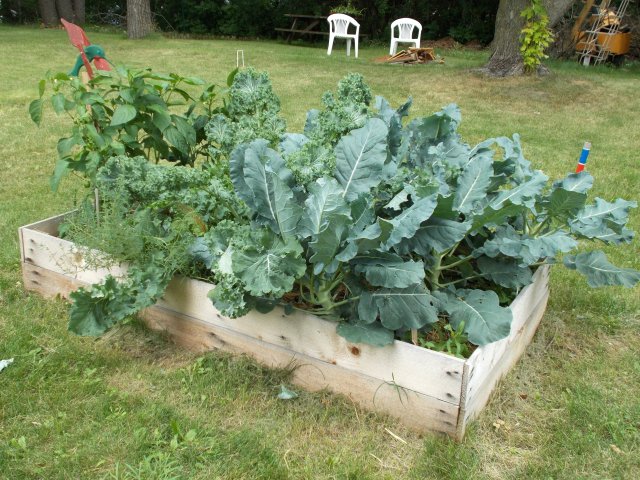 It’s not enough! That thrill of watching your seedlings spring into adulthood, tending them through heat wave, downpour, wind and war; fending off bunnies and deer; watching with perseverance for slugs and mildew, not to mention blossom end rot – and then finally coming to the pinnacle of achievement – your own babies grown up and on your plate. What a thrill.

Here I sit on Mt. Faith with almost one acre and a paucity of edibles. The problem is partly with the diminished plot-digging, compost hauling limitations of an “older” back. And partly with the interference of the noxious juglone from the black walnut trees, whose poison tends to discourage other plants within a 60 foot radius (which also happens to be in the range of the croquet court). Not to mention the shade canopy of lovely, older trees.

What to do? I’m getting closer and closer to the obvious solution.

Down the steps and through the thicket is a large grassy plot just sitting there with no purpose in life other than to accumulate grass which has to be mowed. It captures the sun for most of the day until the late hot rays disappear behind the trees above. It’s flat. It’s unused. It’s perfect.

What is stopping us? It needs a deer fence and accessible water. It needs to be plowed, or even “hot-dished” – which is what I call the one step, easy method of newspaper/compost mulching throughout the winter, leaving it ready to plant in the spring.  I can do the second step with a long hose snaking down the hill and the third all by myself.

It’s the fencing which is out of my expertise, but I think I just might know a personal chef who might like to comply. At least that’s my heart’s desire.