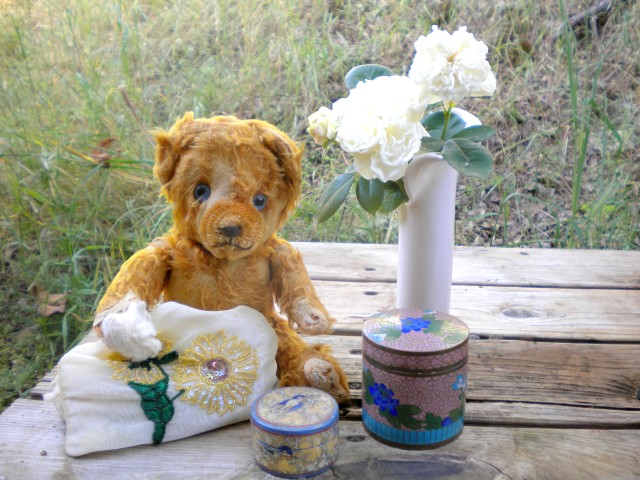 Noelle was here for four days and we packed everything that couldn’t wait until the last moment.  At times it seemed insurmountable. At times it threatened to bring us to our knees.  At times I couldn’t begin to see the end of it all. At times I felt too exhausted to continue. But she persevered and helped me to get it done.  I’m now counting over a hundred boxes.

But when all that work was done and before her departure, we took time for a special celebration, just the two of us.  The spreading of ashes is always a momentous moment, fraught with disparate emotions.  It seems so solemn and final on the one hand, yet there is a giving-up and returning which is strangely liberating.

When my son, Kevin, died, we divided his ashes between the two of us and also many of his friends. In that way he was taken back to New York where he had lived and worked and to Long Beach where he was born and raised and parts beyond.  I remember having a call from one of his best friends who was telling me about taking Kevin to the mission at Santa Barbara and  down to his favorite place at the river and the beach at Carpenteria, and at the point when she said she was going to take him to Paris the next month, I suddenly realized that she was not reminiscing  about past trips but about the places she was scattering his ashes. I thought that sounded wonderful and knew how much he would have loved it. Especially Paris.

For Noelle and I the definite moment was strange and sad and funny and put it all into perspective.  After scattering Kevin’s ashes in Long Beach at the pier, we eventually had the opportunity to return to Big Sur where he had lived and worked so long ago.  Our first stop was at Pfeiffer Beach where it is often windy in the afternoon.  And as we walked out onto that spectacular scene and began to toss the ashes toward the oncoming waves, the wind blew them back  – into our hair and eyes, onto our coats, every which way but the direction they were thrown.  So we took the balance and went to Nepenthe where he had worked in the 70’s and sat in what the locals called “the dirty corner” of the bar and had a martini for Kevin.  And in what might pass for true irreverence but seemed suddenly in keeping with the moment, we also dusted the plant in the corner and the terrace where I have pictures of him dancing at the Sign Party and all around the magnificent Phoenix sculpture, which seemed most significant.

When Mom died this past year, we took her ashes to North Dakota and had a lovely memorial ceremony and sprinkled them on my dad’s grave.  We will also take her to Long Beach, as to her wishes, where she came as a bride and thought she’d “died and gone to heaven”.

But yesterday, Noelle and I took a portion and spread them around her daffodils going up the hill.  The daffodils are finished with their bloom for the year, but she so loved to sit in her chair here at Castenada Lane and look out at the profuse yellow blossoms.  We sprinkled the ashes up the hill and placed her two bunnies on the stump in their midst. 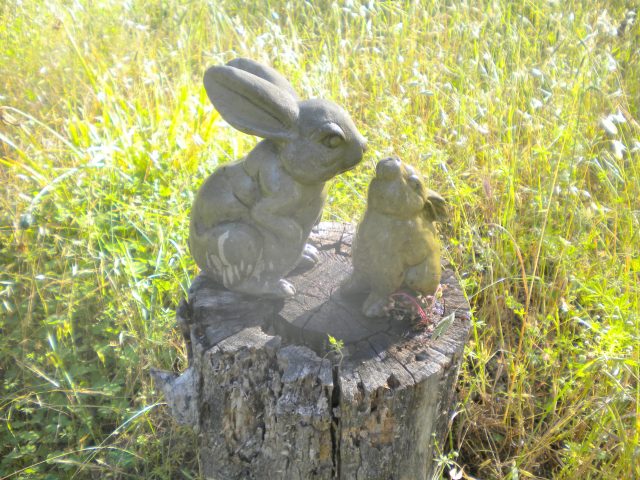 Then we took the ashes of my Lyra Deara, alien child/cat who spent her last year with us here at Castenada Lane and buried them under the Fairy Rose.

I know that the spreading of the ashes is meant to be the final goodby to the physical part of our loved ones, but I have kept just a little bit of Kevin in a yellow bag which is held by our old teddy bear, and a tiny bit of Lyra in a hummingbird box and the last of Mom’s ashes in her old cloisonné canister.  In celebration.

This entry was posted in Cats, Family, introspection. Bookmark the permalink.