Everyone knows that Minnesota is known as the Land of Ten Thousand Lakes, which is not totally accurate because it is purported to actually host 11,842 and that too, is not completely on the mark because that figure accounts for actual named and known lakes and doesn’t take into consideration all the multitudes of ponds which abound about the landscape.  There is good reason that the name “Minnesota” comes from a Dakota word roughtly translated as “sky tinted water”.  But what I find to be most marvelous is that our county here – Otter Tail – contains the most lakes of any other county in all of the United States!  Just look at the map!  Imagine that!

However, it means that any summer Sunday drive in any direction will be a winner.  You can’t go wrong.  I was so busy gawking and oohing this past Sunday that I actually forgot to take out the camera until the very last stretch, but I did get a shot of our favorite highway look – NO CARS! 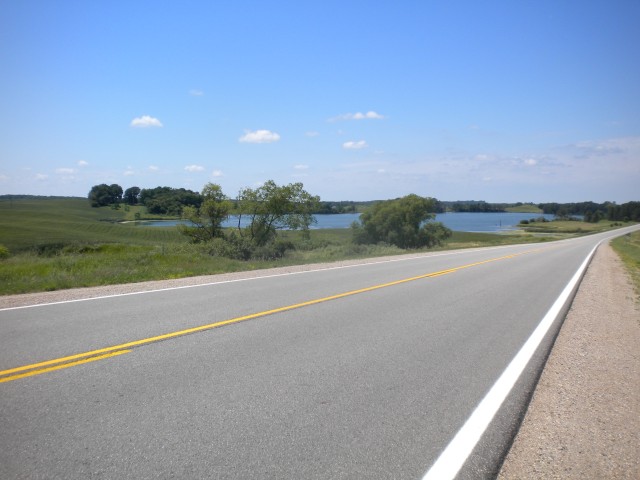 And a few representative examples of the countryside. 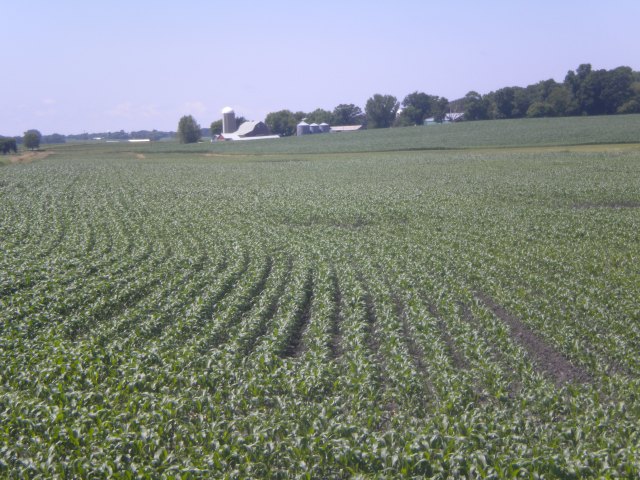 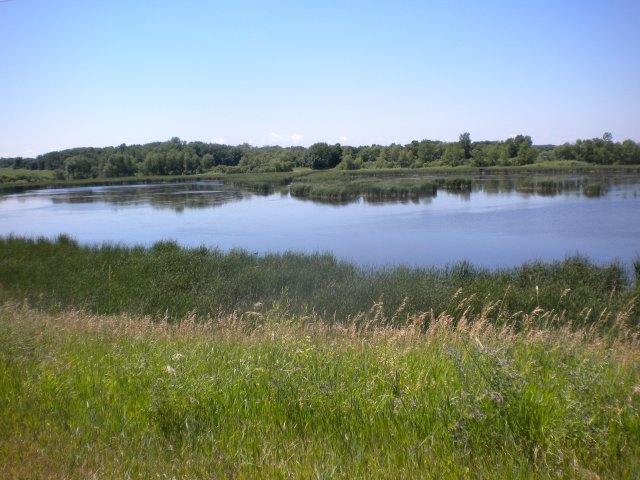 We drove from Fergus Falls to Alexandria – that town of the past which my great grandfathers  had to ski, or snowshoe, or buggy to, in order to get a sack of flour and the like – a distance of at least a hundred miles. I can’t imagine the difficulty of their journey. But we were sailing along on country roads in the summer sun and it was a glorious day.

We’ve definitely discovered the fickleness of the weather here and Sunday was no exception. Back home on  Mt. Faith in the early evening the clouds began to broil up and the air turned dense and heavy and we took our glasses of wine outside to watch and wait for the gathering storm.  It was a show and it was dramatic as it circled from the northwest and all around, flashing and booming and it seemed quite exotic and exciting to our California senses until one great BANG sent us running for shelter.

Just for our friends and family back on the west coast – enjoy.

You get the picture.  But add lots of lightning.

Then, just before  dark the rain and wind exploded.

And then the sky turned curiously yellow and I wondered if that was what the old cowboy song was about – “Ole buttermilk skies.  I’m keeping my eye peeled on you. What’s the good word tonight. Are you going to be mellow tonight?” Or something like that. 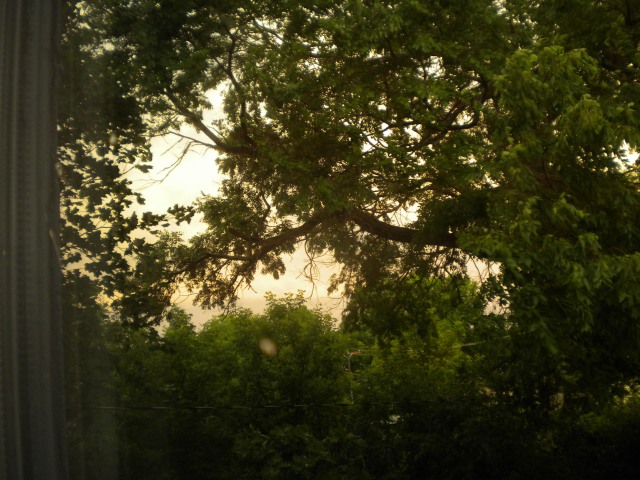 Did Hoagy Carmichael mean to say that a yellow-ish sky was something to be concerned about, that you had to keep an eye on it?  It did seem ominous in a way but  Minnesota weather is new and surprising and, yes, I know I’ll have a lot more to report come December. 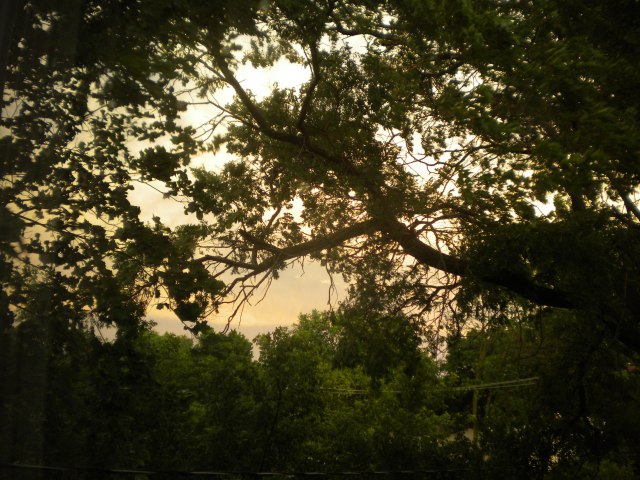 In the morning we were none the worse for wear except that one of my heavy metal shephard’s crooks holding the bird feeders had blown asunder and while no major branches were down, the most unusual sight was to see a long spare branch driven deep into the lawn, as if Odin himself had looked down from his dark and buttermilk sky and hurled a spear to earth.

This entry was posted in minnesota life, storm. Bookmark the permalink.