What happened to our youth?  The promises.  The dreams.  The expectations.  We’re beginning to do that thing that “old” people do.  Wondering how indeed the time fled by, feeling not all that different within, but a whole lot of different without.  And I must admit, that at just this point of reckoning, what some might call the “twilight time”, I do indeed find myself wondering now and then just what it was I might have become, given different circumstances, different twists and turns of fate.  Didn’t Marlon Brando (maybe in the movie “On the Waterfront”) lament that he “could have been a contender”,  and do I relate?  Well, yes and no.  Yes, John Leonard (of the N.Y. Times book review, etc.) and I were co-editors of our Woodow Wilson High School “Loudspeaker” newspaper and he went on to a brilliant, much lauded career– and I had two children before I was twenty.  But No, would I have negated all that that entailed?  No way.

I see our number one grandson, Sean, just now in his last phase at Sonoma State University in California, and envision his endless possibilities at the same time I am remembering his baby sweetness. And number two, Sam, who we recently celebrated off to his first college year, and marvel at what he has become.  Their dreams and promises have just begun and we can only hope they come up rosy.

My cousin Curt’s grandson, Gage, is right now at that very threshold.   And what could be more symbolic of the rite of passage into adulthood, into dreams of the future, into everything that represents freedom and the new and open road, than the dream and theme of The Boy and His Car! 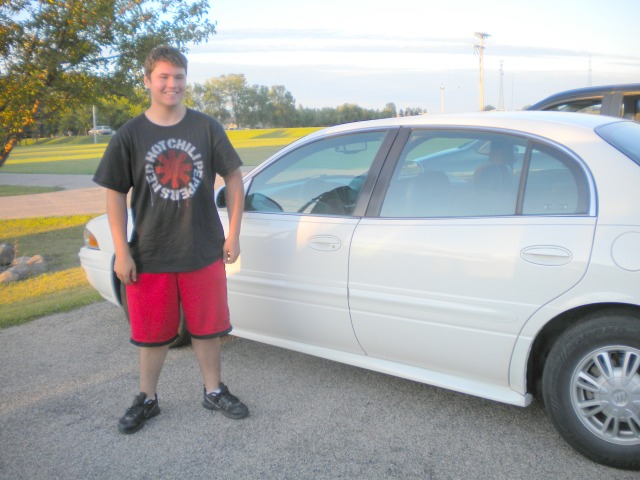 T.M. got his first car, a 1934 black 4-door Ford,  when he was 16, courtesy of the Burger Broiler in Lakewood., California and thanks to their stacks of dirty dishes.  Gage, at 17 and a junior at Barnesville High School in Minnesota, just became the owner of a 2003 white Buick Le Sabre, courtesy of acres and acres of newly mown grass.  He wisely passed on the Mitsubishi Eclipse which would have meant  a lot more lawns in insurance money down the line, and opted for the  “older guy look”.  Good choice, Gage. 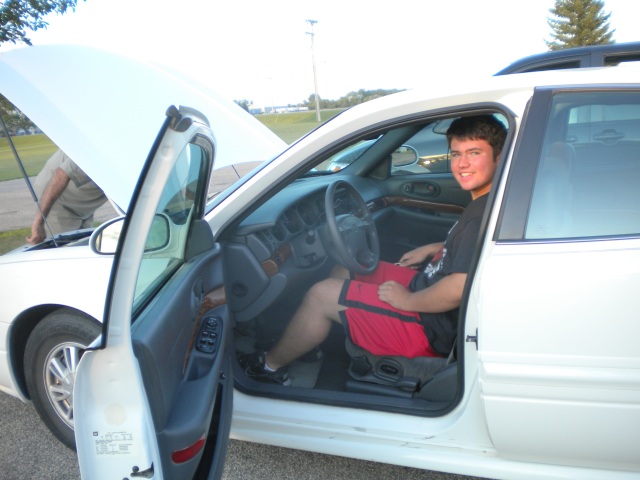 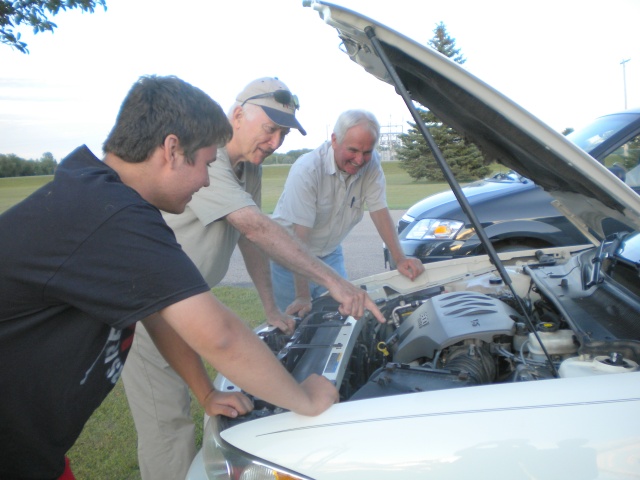 In fact, the car looks primo. T.M. and Curt gave it an A plus, and for Gage, the best bet is the sound system, which is definitely primo and which he admits handles a “little metal”.  But mainly it is his intro to the next big stage of life.  And when he says that his goal is to pursue an education in psychotherapy so that he can help others deal with emotional problems without resorting to drugs, I can’t help but want to cheer him on.  We’ve been fortunate to have Sean and Sam in our lives, and watched their first steps into the bigger world, and now seeing Gage,  appreciating his thoughtfulness,  I just want to celebrate his chances and his choices and the open road ahead.  You Go Gage! 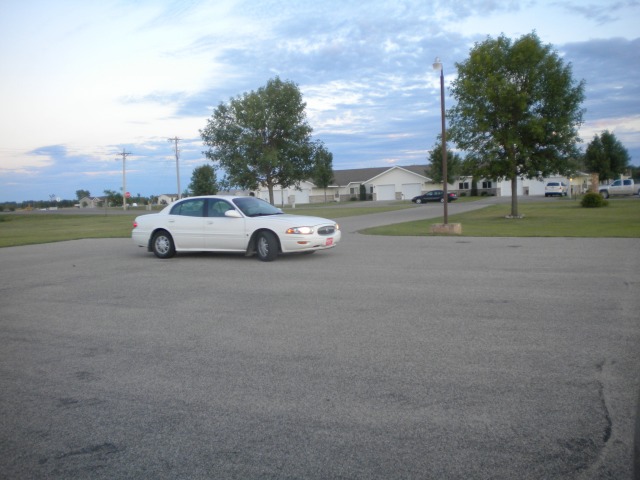 This entry was posted in Family, favorite things, introspection. Bookmark the permalink.