THE GIRL IN THE PHOTOGRAPH 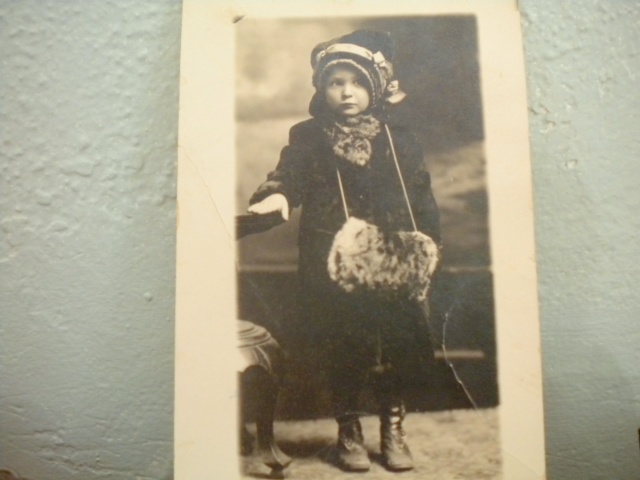 I’ve been haunted this past week by a photograph.  It turned up in a box of old pictures, letters, and scribbled notes on family connections.  My cousin, Maryanne, and I spent most of a day going through the jumble – sorting, labeling, creating more questions than answers, straining to read bits of Norwegian, confusing ourselves and struggling to make a bit of genealogical sense.  I think we made some progress.

Our grandfather Johan, for instance (who was known as Kristoffers Johan by his family in Norway), was our mystery grandparent, but we had always heard the story of how he came as a  boy with his brother, Peder, all alone on the ship to America.  “Can you imagine?” my mother liked to say of her father – “those two little boys crossing the ocean by themselves!”   This week we got another piece of the puzzle.   It seems that an uncle Simon brought them along, promising to send passage money, as he was able,  for all the rest of the family – their mother and father, their three sisters.  But after arriving in the new land – Uncle Simon died.  And so, here were the boys, aged seven and eight, all alone in the northern prairie, left to their own destiny, never to see their family again. An epic tale, it seems,  destined for a cinematic climax, or a New York Times bestseller at least.  If only we were privy to the details.

We don’t know what they did at first.  Did they panic and huddle and cry for their Mor and Far?   Did they weep and despair at being adrift all alone in a new and foreign land?  Did they feel beaten and overwhelmed by life’s inequities?  Most likely.  Most likely, did they not know where next to turn?  And did they finally indenture themselves to a Norwegian/immigrant farmer?   That is lost to the history gods.

We don’t know what Grandpa and Peder did to make their way on the prairies, but we do know that Johan eventually met our grandma Marie and married and had four children before he soon succumbed to the  tuberculosis which he had contracted in the dark hold of the immigrant ship. And I do know that Grandma Marie told me that by then he was the kindest, most beloved man in the county.

And so the girl in the photograph is left without a father at 18 months and taken to live, along with her mother, with Aunt Ida and Uncle Joel and their brood of six on a farm outside of Comstock, Minnesota.  And the girl’s brothers go to live on separate relative’s farms along the river and the girl’s big sister goes to town in Moorhead to sew and babysit and work for her lodging.   Another family torn asunder.

I had never seen this picture of my mother before.   It haunts me now and I want to know this girl, this girl with the eyes askance, looking at something, someone just off to one side.  Her hand is not at ease, the fingers lifting up and unable to rest, to settle down.   Her eyes are full of questions, longings, apprehension, amusement, or is it merely petulance?  Is she simply annoyed by the photographer and wanting to go to the attic and play with her dolls, or roller skate in the basement with her cousins, or like the spoiled baby girl, be done with it all and  rewarded with  Aunt Ida’s angel food cake and strawberries and cream? Or is she looking at Grandma Marie, just out of range, posing in her fur muff and winter wear while wearing the weight of life beyond her years?

This girl.  I want to know this girl.  I would wish I could climb the back stairs to the attic, and play in the basement and hide in the hayloft. With her.

This girl died last year.  I thought she would get to be 100, but she made it to 97.   This girl in the photograph seems so elusive and mysterious and unknown, yet strangely alive to me.  Happy Birthday Mom. 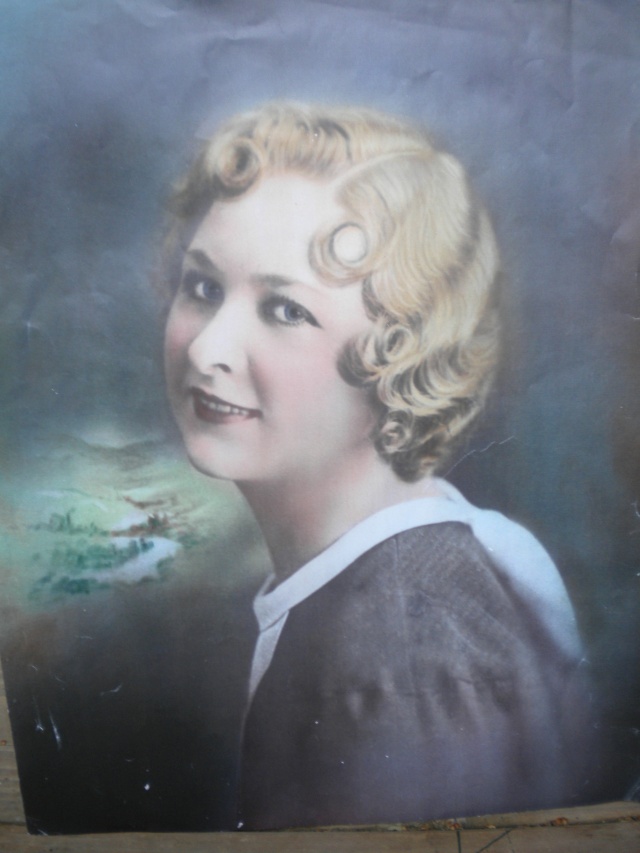 This entry was posted in Family, In Memorium, introspection, minnesota life. Bookmark the permalink.

2 Responses to THE GIRL IN THE PHOTOGRAPH