Posted on November 11, 2011 by snowbirdredux

Do you remember the hole in the wall that became a window box because the 130 year old plaster exploded in an overly large manner around the new window opening? 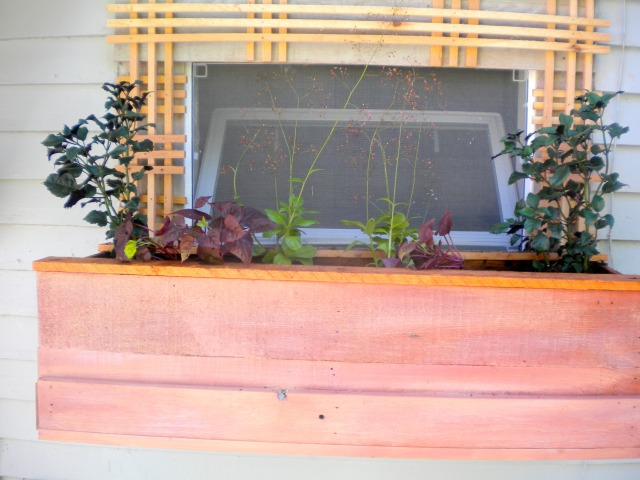 Well, it did it again.  This time in the inner hallway next to the stairs, crumbling and crashing with a frightening boom.  It happened when T.M., who is building a broom closet in a tight space, needed to pull off the frame around a door in order to accommodate the opening which needed to swing outward.  And unfortunately, it will not be feasible here to fill in the accident with a window box. 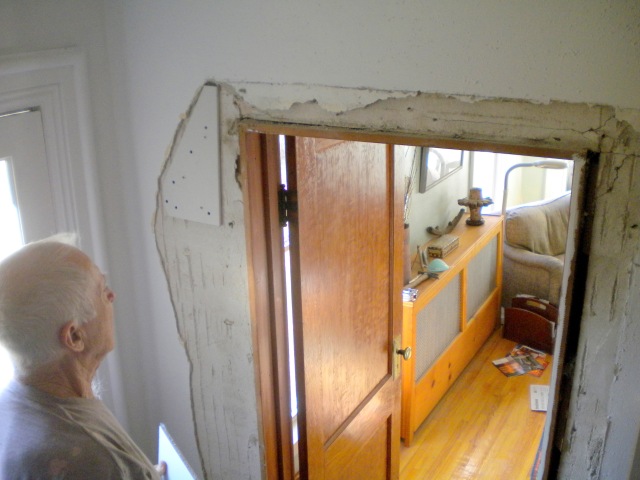 But there’s always sheet rock.  And this is not to suggest that T.M.’s skills were less than expert since we are dealing with a house which was built in 1882 and the lath and plaster (as he described it to me) should have been horizontal, which would have held the crumbly bits on a level, and not vertical, which allowed them to fall and smash.  Although it appears that their time has come and gone some years ago.  This also explains why I always hear a  sound like little pebbles dropping down a washboard within the walls whenever I shut the front window.  It was curious and I could previously make no sense of the noise, and now I wonder if there is nothing but a frame of a wall left within – a structure without substance.

T.M. says not to worry.  Some of the pieces and parts may be wearing out, like the old front entry, but the structure is sound overall.  I wouldn’t give up on him, for instance, because his right knee is acting up.  We wouldn’t trade me in because I needed a root canal.  And after drilling multiple holes in the living room floor in order to run his stereo speaker wires (the whole roundabout point, in fact, for jumping to the broom/Stereo closet project before the kitchen is complete), we find that the foundation in this old house is 30 rather than 8 inches wide.  I’ll chalk that up as a good thing.

I must admit I’m anxious to be done with it all.  But I’ll take a proper picture of the broom closet (for me)/stereo cabinet (guess who) when it’s DONE.

This entry was posted in introspection, minnesota life, remodeling. Bookmark the permalink.