THE IRONY OF IT ALL

If you have been following this saga of the snowbirds in reverse (as we call ourselves) you would be aware that our journey from California to Minnesota began with a dream to retire back where my ancestors arrived when they made that longer passage from Scandinavia  to the northern plains of America.  As a little girl I longed for the family that stayed along the Red River Valley of the North.  I wanted to tromp about the old farmstead with my cousins, explore the woods beside the river, visit the varied households of multiple relatives who had remained and supported a specific and traditional way of life.  It became a romantic and deeply provocative dream, a harkening to ancestral roots, a rite of passage through transmigration.

Therefore, it is with more than some irony that just as we have reached that point of return, just as the dream to redeem a much coveted and lost path has been brought to fruition and the familial heritage and gathering places are finally near and dear – we hear of a plan to divert the Red River of the North and flood it all.

It seems that a massive and exorbitant plan has been hatched by the U.S. Army Corps of Engineers, a proposal which would cost upwards of $1.8 billion in order to protect the land and population that has spread outwards from the greater Fargo/ Moorhead communities which border the river along the North Dakota and Minnesota divide.  In other words, some 200,000 acres has been designated for “staging and storage” during flood times and approximately 54,000 acres is to be permanently flooded.  And the land which is designated is – you guessed it – right in the midst of my ancestral dreams and heritage.

It isn’t that I am quarreling with just any long-term, permanent flood relief for the Fargo/Moorhead metropolitan area.  I would be the first, perhaps, to stand on the sandbagging lines of duty.  (Or I would have been some twenty years ago when my back was younger and stronger.)  I see the need for a plan.  I sympathize with the victims.  But not at the expense of making my ancestral lands the sacrificial lamb.  Particularly when the staging, storage, and deliberately man-made flooding is proposed to be done in an area where long ago the pioneers wisely chose their land, carefully managed their acreage through hardship and hard work, and have not been troubled by deluge all these years, neither by man nor God.

Fargo/Moorhead, however, has built into a long standing swampland and continued, as urban sprawl ever and blithely demanded, to build into the floodplain and build some more. And paid the consequences.  The Red River, indeed, has had a history of flooding when the snow melts and the territory to the north is still frozen and all the water that slopes into the thruway has nowhere to go but outward.  In a book called “The Challenge of the Prairie” by Hiram M. Drache, the author quotes one of the old pioneers of the area, a Mr. O.A. Olson,  who penned the following words – “You unpredictable Red of the North, you swelling cantankerous stream – .”  But of course, Mr. Olson, it should be noted, was not known for his optimism about much of anything,  for he is also credited with the following dour verses:  “The cut worms chew; the wire worms eat all kinds of plants, including wheat.”  And: “Then hail destroys what hoppers can’t, and yet they plant.” Or finally – “With soil so dry that plants won’t grow – they blindly sow.”

But I digress.  Such a sourpuss needn’t be used to illustrate the truth. The point that rankles and truly bends the facts is the one concocted by some governmental agency that might have needed a project, or by a wily developer who might scoop up cheap swampland for his personal gain, or by the beleaguered homeowner who wearies of bucketing his basement in the city.  It’s only the “little guy” who wins my sympathy.  But the current diversion plan isn’t the one he should choose and stand behind.  There have been other proposals which include widening, straightening, dredging, erecting permanent flood walls  or a ring dike around the city. Are they good or appropriate solutions?  I am not an engineer, but I know that it can not be a good solution to flood out and send to oblivion whole communities (Hickson, N.D. and Comstock Mn. among them) century farms, homesteads, historic sites, 13 CEMETERIES, schools and churches that have long served our history and the rich and endowed past of 3rd and 4th generations of noble immigrants.

While pondering a map, did  someone in the upper echelons of The Corps finally resort to the eeny-meeny technique of closing the eyes and stabbing a random spot?  Why is the upstream designated diversion site at that very juncture, 20 minutes south of Fargo/Moorhead where my father and mother began in the smaller twin towns of Hickson/Comstock?  Or any other lovely historic plot of familial memories and dreams?  If this plan passes there will be tens of thousands of prime agricultural acreage inundated, hundreds of homes under water, historic towns, churches and cemeteries gone for good.

One of my great-grandfathers, Jorgan Johannesen came from Norway in 1870 with just a cart, a cow and two oxen and lived in a dug-out in the ground along the river, skied to Alexandria for supplies, built a house, raised a family and started a legacy, just as all the tough and tenacious pioneers of  Pleasant Township in North Dakota.  My aunt Lil still lives in the family home in Hickson and it is our hub and center.  Grandpa Johan Pederssen came as a boy of eight along with his brother and an uncle from an island called Skarvik near Tromso at the end of the fjord called Sjovegan. He married my darling Grandma Marie and began a family before succumbing to the tuberculosis he had contracted in the crowded hold of the ship. Other great-grandparents,  Jens and Kirsten Jonsson came from Varmland, Sweden  to join the extended family occupying a little log cabin near Comstock, Minnesota.  The cabin still stands and the family farms line that side of the river.  My relatives spanning four generations are buried in four local cemeteries.  The Shepard of the Prairie Church in Hickson and the Comstock Lutheran Church are more than just buildings.

This is my personal tale and history and I am just one of many with similar roots and lineage who find it difficult to believe that there is not a more reasonable, not to mention affordable, and perhaps scientifically satisfying solution to the problem at hand.  In the meantime there is much to be done and specific information and answers can be found at MnDakupstreamcoalition.com and at fmdam.org.  You can be sure that the descendents of the pioneers will not give this plan an easy pass. 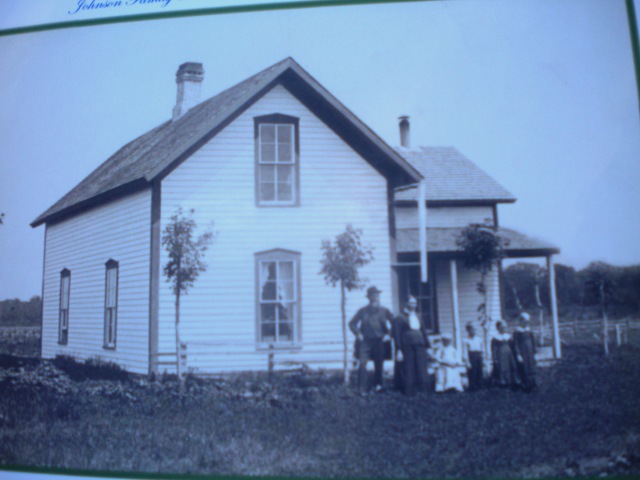 Log Cabin - still there on the Bernhardson/Dahlstrom farm - Comstock, MN 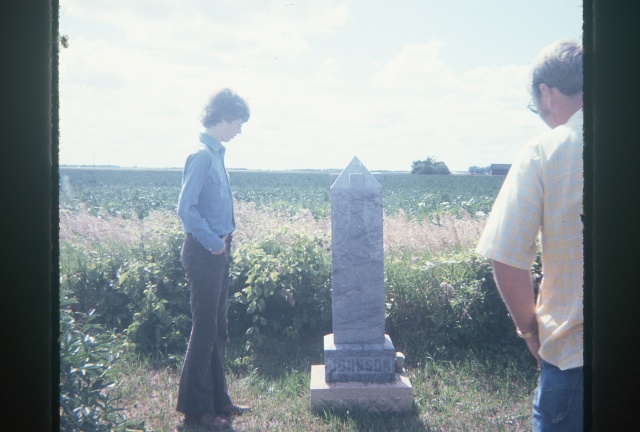 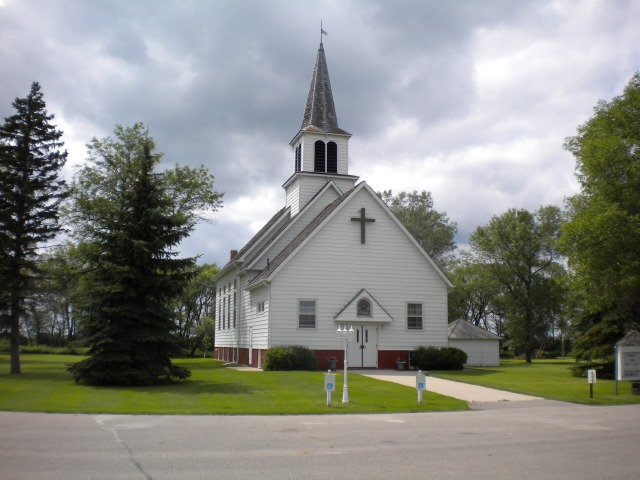 Shepherd of the Prairie 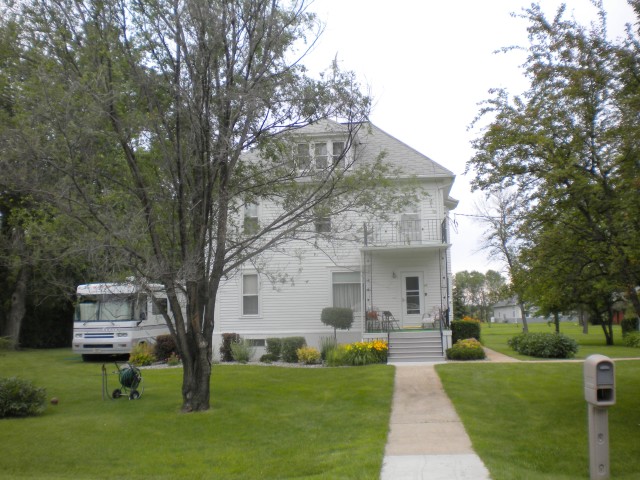 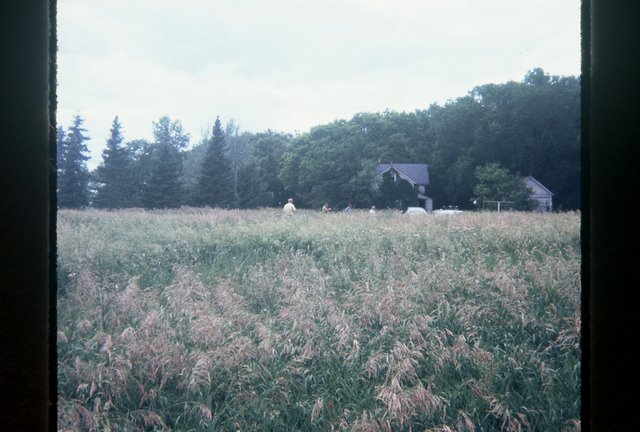 Red of the North - "cantankerous stream!"

1 Response to THE IRONY OF IT ALL