Posted on February 8, 2012 by snowbirdredux

One night recently we went to the Big Chief convenience store/gas station/truck stop/café just outside of Fergus Falls for their buffalo burgers. They were yum but that’s another story. Although I need to mention how much a fan I have become since I learned that, next to beef, buffalo meat contains up to 90% less fat, 50% less cholesterol, is higher in protein, iron, omega and amino acids, doesn’t require antibiotics and growth hormones while being raised, and tastes “lighter, sweeter and not at all gamey.” Fortunately the locally raised buffalo meat is available at our own Premier Meats here in town.

All of that aside, I was struck by the sign across the parking lot. 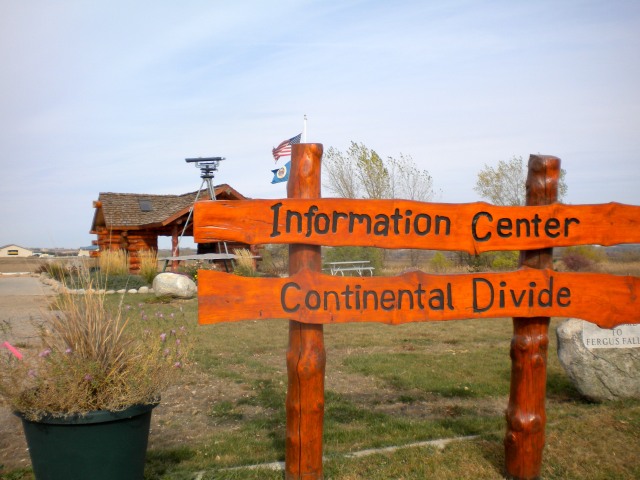 What in this prairie world was the reason for a marker alluding to the Continental Divide which I assumed  ran down the Rocky Mountains towards Mexico? Was this a joke? A reinactment? Fast forward to Google!

First of all, a continental divide is better described as a drainage basin. More like a big ditch, or slope, or watery avenue to a sea. And since our continent is made up of a multitude of levels, there is, it would follow, no one single route. There are actually six divides in North America. The “Continental” (which according to more than one geologist should be rightly called the “Great” because it is the longest and has the highest peaks) – running from Alaska across the Rockies south into Mexico. The “Arctic” which runs across Canada to the Labrador Sea. The “St. Lawrence” which skirts the south of the Great Lakes and exits at the Atlantic. The “Eastern” which flows towards the tip of Florida.  The “Great Basin” which circles the western states and eventually seeps into the Pacific. And – our very own here on the prairies – the “Northern or Laurentian” which crosses the top of the states and out to the Labrador Sea. They are all, in fact, continental divides. 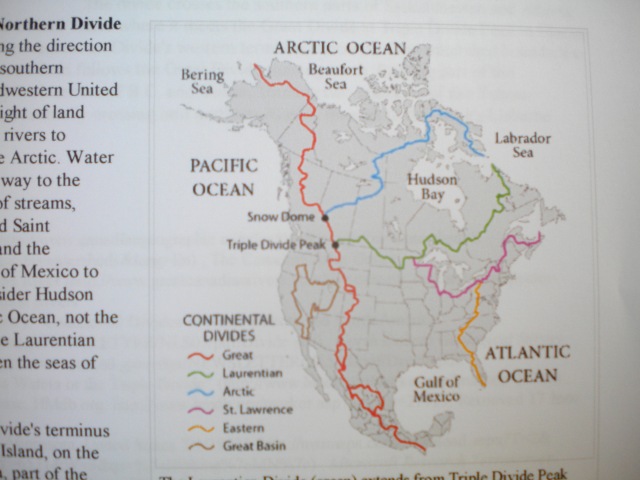 And bear with me here, for my point is not to bore with a school girl’s geology lesson, but to exclaim upon the new found idea that I AM LIVING SMACK IN THE MIDDLE OF THE NORTH AMERICAN CONTINENT!  Look at the map. It is, in fact, the center point which provides a transition between the eastern woodlands, western prairies, northern coniferous forests, and the grain-growing midlands. And furthermore (I learned on one Google site) a drop of rain falling in Minnesota  might have a chance to flow north to Hudson Bay, east to the Atlantic or south to the gulf of Mexico. A truly pivital point. I find that beguilingly comforting.

And so, the next time I am sitting in my meditation aerie, listening to my brain chatter, feeling antsy and hurried, struggling to find my own inner center, I will remember that I am already there.  And all around, water is rushing back towards the sea. 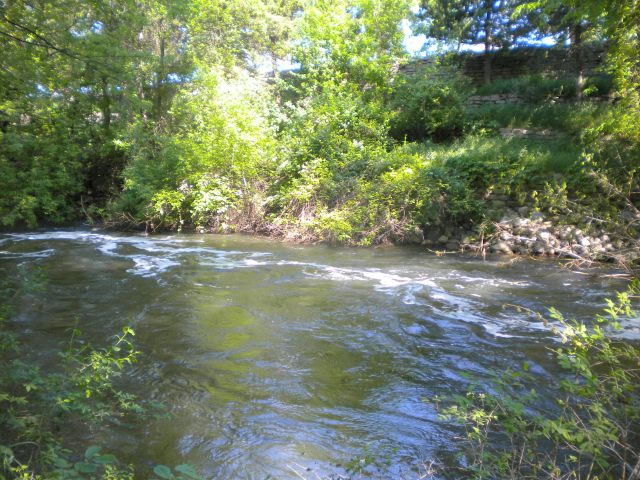 This entry was posted in faith, introspection, minnesota life. Bookmark the permalink.