Who is that crazy lady running about her yard, shrieking for her husband to quick, come outside and look, snapping pictures at the sky, north, west, south and east? Oh yes, that’s me.

I guess I’m a weather freak now.  It could also be termed “sky geek adrenaline junky.” It’s all so new. Not at all like California.

I’m used to long stretches of the same. And more of the same. Lovely, tropical, sunshine and pale skies. A bit of rain in the winter. Fog when the difference between the air and water temperature wafts the mist off the ocean.

In Minnesota the sky changes abruptly and dramatically. It’s never dull. Yesterday we were out pacing off the new square foot garden, planning the larger 3 bin compost pile, cleaning the old muck out of the pond, reveling in the over-early spring air.

By evening the silver blue sky was laden with heavy, pillowy clouds. 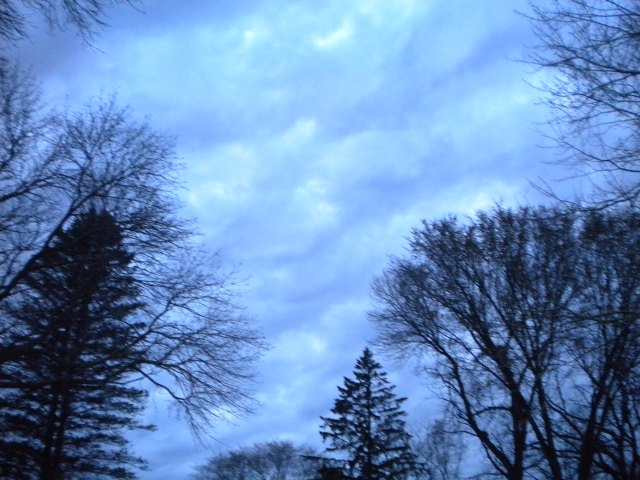 This morning, if I close my eyes, I hear freight trains charging through the trees. And it’s darn cold. Weatherman, Paul, predicts – back in the 70’s tomorrow. I rarely paid attention to the whiners who, having moved from the Midwest to the coast of California, decried the lack of seasons. Now I get it. But I’ve also learned about the presto-chango artistry of the weather gods in Minnesota. We’re not just talking about seasons which, when last I checked, numbered four. Or three, if you believe the locals who conclude that the year seems to go directly from winter to summer anymore.

We have resided here on Mt. Faith for 10 months. Enough to get us almost through the calendar year, and I can attest that from one day to the next the skies have surprised, mystified, occasionally terrified, and always brought a sense of wonder. It all turns around so quickly here and it has yet to be found boring. 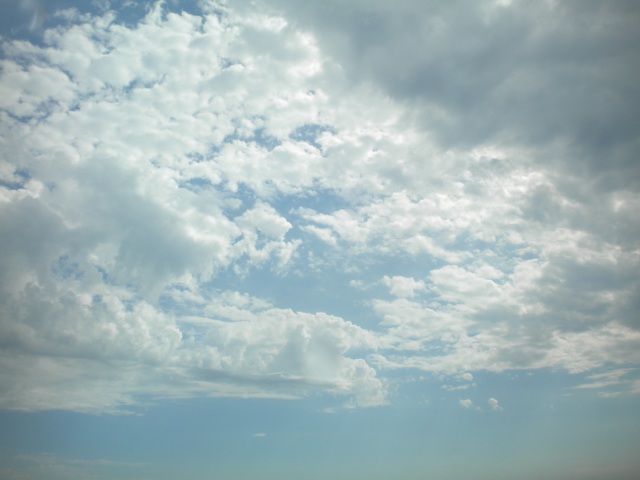 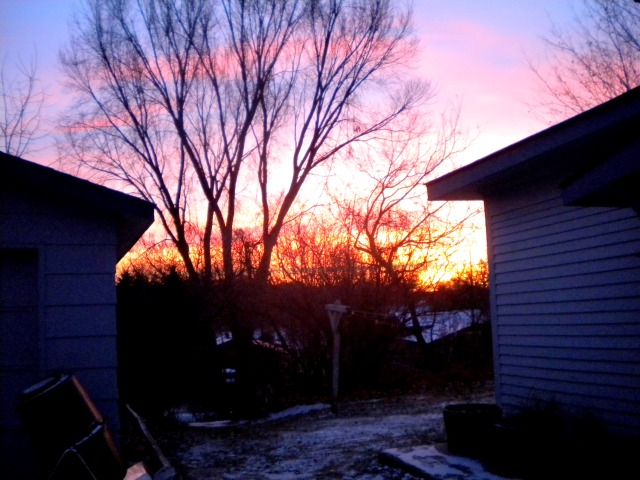 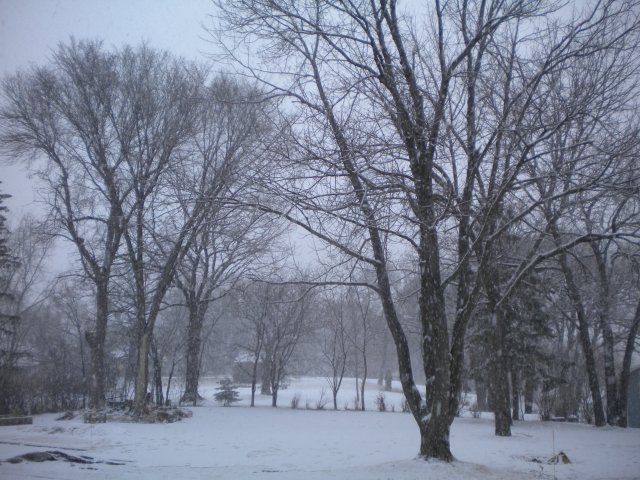 I like it. A lot. There is undoubtedly a good reason why Wikipedia lists 146 “Nature Gods.” I never checked the weather report in California; here I hang on Paul Douglas’ every word in the Star Tribune and regularly switch from “House Hunters” to check out Sven on the local station.

This past week we spent a perfect evening with friends, Liz and Don, at their home on Jewett Lake. After pork tenderloin stir fry, followed by their own berries and home made fudge sauce over three flavors of ice cream, how could it get any better than lounging on their deck watching the definitive enchantment. 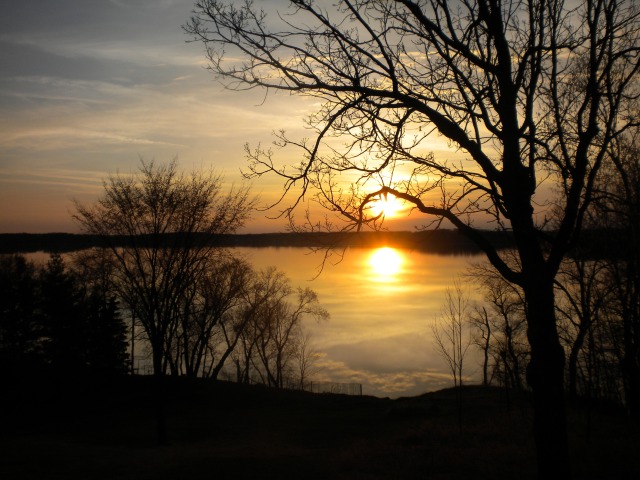