When I was growing up in Long Beach, California one of the landmark buildings was the Pacific Coast Club which resembled a medieval castle, high on a bluff overlooking the ocean. Built as a private club with dining and ballrooms, indoor pool and racquet ball facilities and an exclusive entry to the wide expanse of beach, it even offered discreet apartments upstairs for those who wished to wine and dine and then retire.

Yes, it was “exclusive” and mainly meant for members only, but my “dance club” met there in the early 50’s – a venue created for young ladies and gentlemen to learn the art of formal attire, dining with etiquette, and dancing to a live swing band. Antiquated I know, it must seem today. But it was there that I first flirted with a boy, a Johnny something-or-other who was cute beyond words and a noted equestrian who lived across the bay in Palos Verdes. He asked if he could drive me home but I was too shy at the time and declined in order to be given a ride by Jerilyn Johnson’s mother.

My point is that the PC Club, as it was called by locals, was not only the place of dreams and recreation, it was the loveliest bit of architecture along that shoreline. Until the day it was razed by bulldozers to make way for an atrocious skyscraper condo. And then the regret began but it was too late.

Here in Fergus Falls, Minnesota there is another building (buildings) slated for the wrecking ball, another architectural gem which may succumb to memories and dust. What is known as the Kirkbride was constructed in the 1880’s as an institution for the mentally ill so that they might live in a place of beauty, surrounded by sumptuous grounds. Today it is empty but the Friends of the Kirkbride have partnered with the State Historic Preservation Office and the Preservation Alliance of Minnesota in an effort to find a developer who would bring new life to the city’s biggest and most beautiful landmark. This in spite of the timeline, the “eleventh hour” which ticks closer and closer as the city council moves to enter the first stages of demolition planning and in spite of the fact that the council chamber has been overflowing at times with local citizens protesting the seeming stubbornness and lack of foresight by their public representatives.

A few weeks ago there was a bigger protest when 450 people showed up to “Hug the Kirkbride!” I was there. And I’m hoping it can be preserved before the only thing left is regret and it is too late. 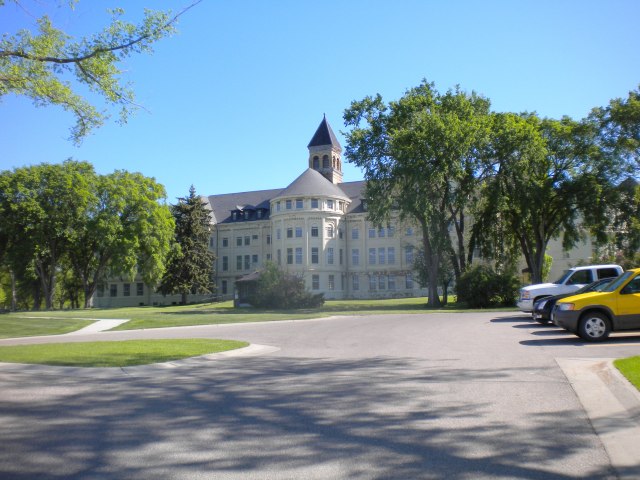 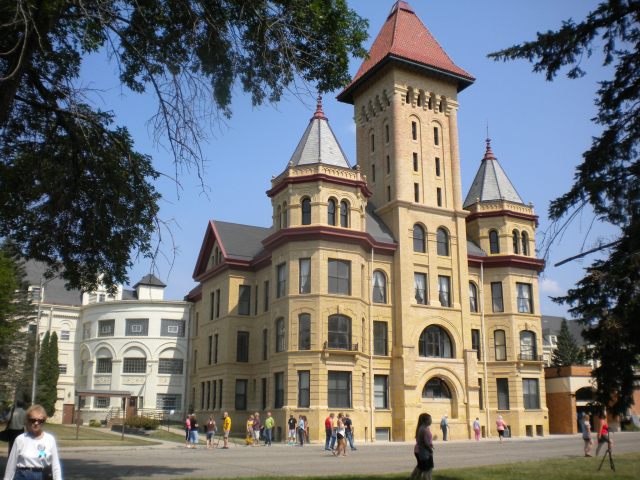 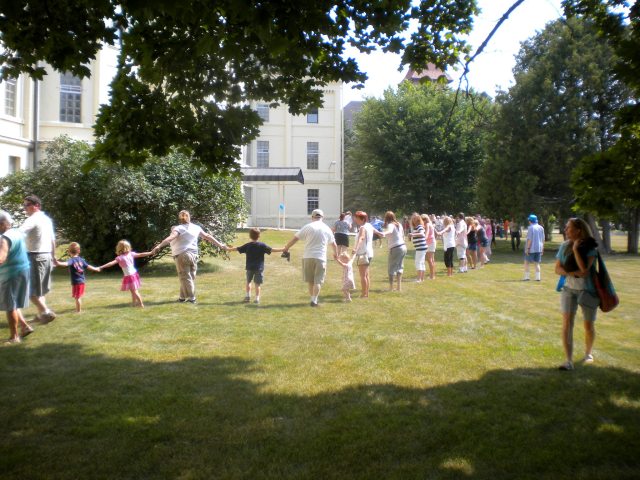 This entry was posted in COMMUNITY, favorite things, IMAGINATION, In Memorium, minnesota life. Bookmark the permalink.