Posted on September 3, 2012 by snowbirdredux 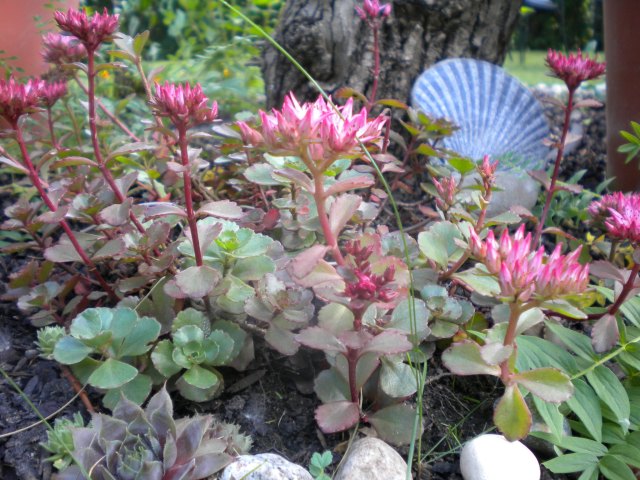 When I asked Cal how much longer he thought we could extend the Saturday Farmer’s Market in Fergus Falls, he optimistically ventured a guess about the first of October, but realistically cited the middle of September for the first frost. And Cal should know. He is a passionate small farmer who spends his summers in Minnesota and his winters in Florida in order to keep on planting and growing and selling produce. He doesn’t like any down time.

Cal rightfully bragged about his honeydew melons last week, which we turned into a primo fruit salad and if you care to try: combine 4 teaspoons sugar with 2 teaspoons lime zest and a pinch of cayenne pepper. Press the mixture together with a spatula for about 30 seconds in order to make the sugar “damp.” Toss 3 cups of honeydew melon which has been cut into ½ inch pieces with 1 cubed mango and 2 teaspoons grated fresh ginger root and mix in the sugar zest and let stand for 15 – 30 minutes. Before serving stir in ½ pint of raspberries or blueberries and the juice of one lime. I won’t add something as plebian as “yum,” but you get the picture. Thank you Cal.

It’s hard to believe that the summer is dwindling to a halt. The tomatoes are on full tilt and I just picked the Indian corn. The temperatures have been hellish and the morning glory has just this week, finally bloomed. 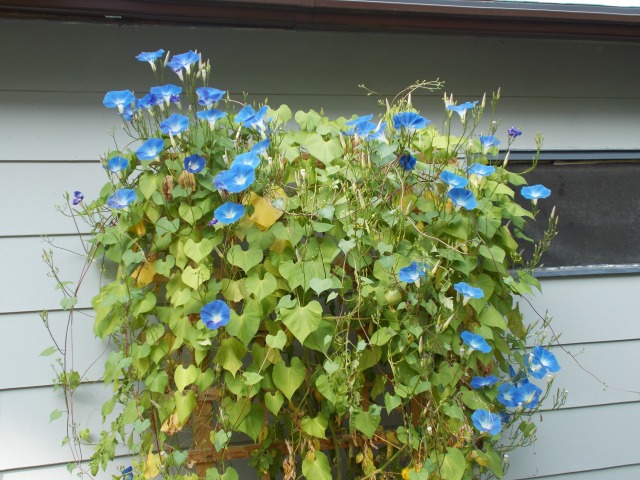 But I have to remind myself that I’m not in California anymore and there is no room for complacency. Soon the weather will turn and rage and chill and astound with it’s ferocity. And I couldn’t like it more.

I’ve discovered I’m a weather junky. I revel in the drama and stand amazed or aghast at my window at each new revelation. “Look at that wind!” “Should we go to the basement?” “Ooh – I think it’s snowing.” “Holy thunder and lightning!”

Our first summer on Mt Faith was experiential, a settling in. This year I began to dig in and plot and plant and dream for more. We expanded the good old producer Juliet tomatoes to include Beefsteak, Golden Jubilee, Hilbilly Potato Leaf, Golden King of Siberia, and our new favorite – Black Krim. 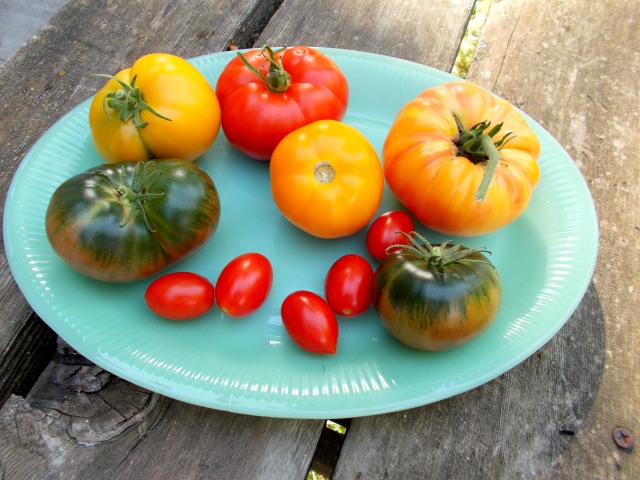 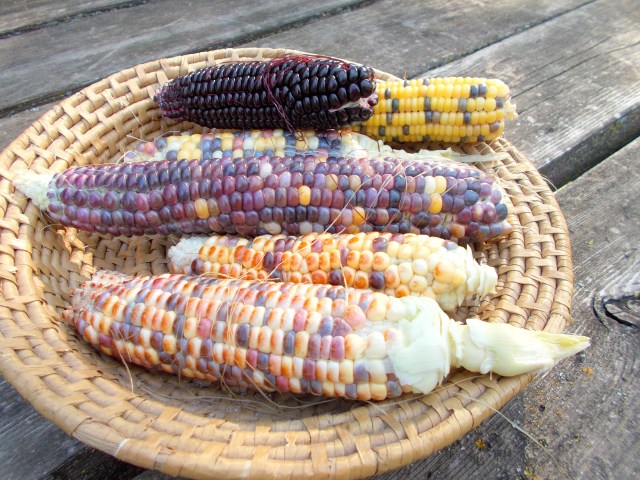 I began to dig up and separate the hundreds of day lilies which are buried and languishing under the overgrown hedges. 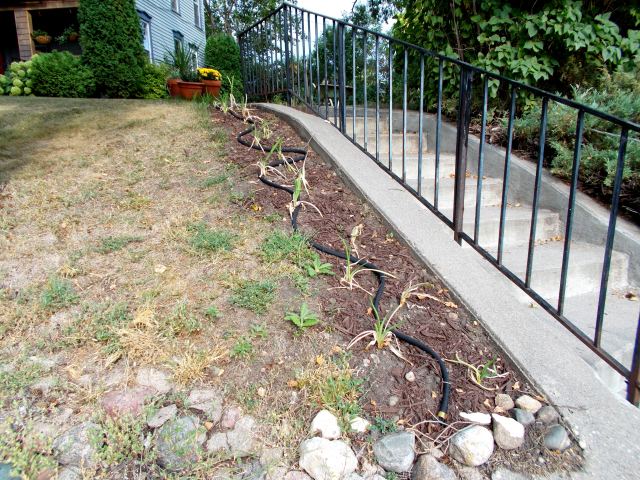 I’ve laid out the lines for a second perennial garden in the front and an experimental woodsy plot under the black walnut trees by the croquet court.

The dahlia I won in a drawing at garden club was a supreme winner. 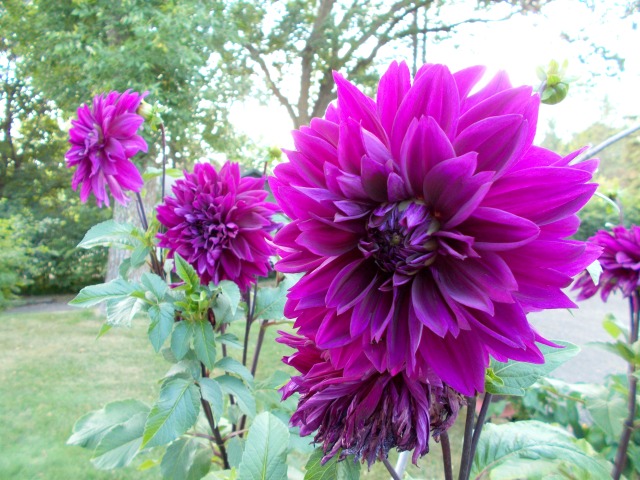 I ordered daffodils and tiger lilies to go besides my father’s memorial plaque. And I began the arduous task of digging up and amending a spot where I will plant pieces of the ancient peonies of my Grandma Pauline, Grandma Marie and Great Grandma Elin. Before the frost. 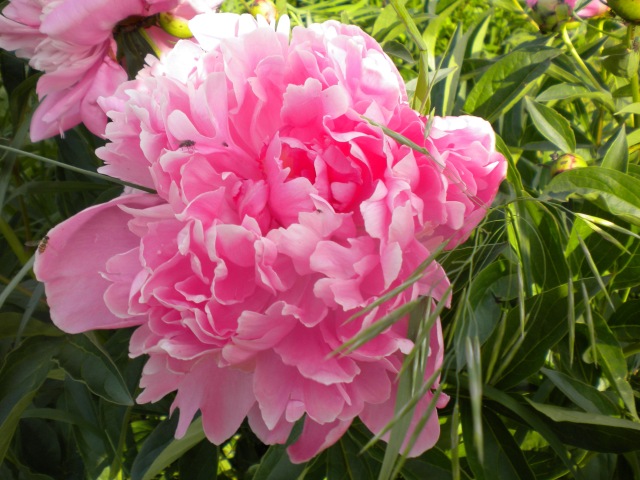 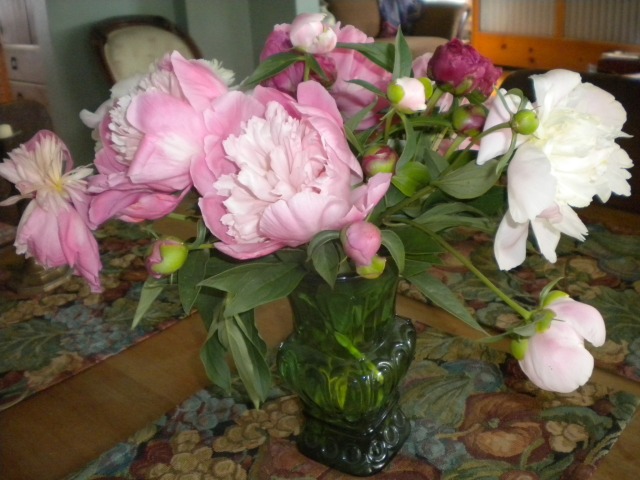 Cal predicted there will soon be frost. Where, indeed, did the summer go? Not to mention my youth and my middle age and all the time I had programmed for things undone and undiscovered? I paid no heed to the admonition that time speeds up towards the end of life. There was always tomorrow and tomorrow and no intimation that the days would suddenly morph into a silly little book with the pages flipping frantically past my sight and senses.

Stop! I want to call out. I need to get the peony beds ready before the frost -that being the practical thing on which I choose to focus instead of the dread nigglings of age and the scarcity of days.

Of course I know that Greenwich Mean Time ticks around the world clock and our earth revolves about the sun and there is no actual speeding up of days just in my little part of the world here on Mt. Faith Avenue. That surety and promise is a scientific given, at least until our mother planet has safely passed beyond the mysterious end-date of the Mayan calendar which predicts the end of a cycle on December 21, 2012 with, who knows what, shifts and re-delineations of time and space. If the world upends at that point then, the theory about the speed of time will be up for grabs and anybody’s guess.  For now however, I know it is an illusion shared equally, if on opposite ends, by both young and old.

Transpersonal psychology has a few theories about the phenomenon and suggests that the perception of time is determined by how much our minds are engaged in absorbing and processing. Time slows down, in other words, when young minds are busy taking in and learning many new things. Older brains, however, lose the intensity of perception because so much of the world is familiar and repetitious. Days pass by quickly with familiarity.

Which suggests that the solution to slowing down the warp speed of life, lies within the simplicity of what Ram Dass (aka Dr. Richard Alpert) wrote about in the book “Be Here Now.” Somewhere along life’s journey we lost our dog-eared copy but whenever I fall into a wringing-hands, worrisome trap, my husband trots out the Ram Dass admonition.

Kids are often “present,” rapt with discovery and new experience. Young adults plunge into avenues of growth and possibility. So much to learn and be. Older adults – not so much.

I guess I need to plant the lilies and amend the peony bed, mix the honeydew salad and marvel at the coming frost. But mainly I need to find another copy of “Be Here Now.” 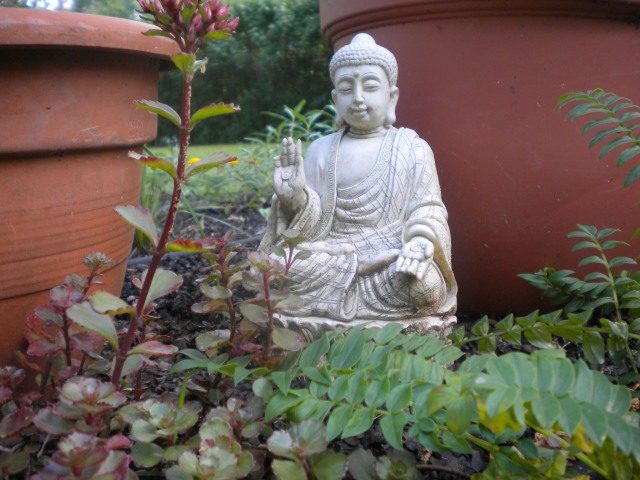