Posted on October 3, 2013 by snowbirdredux

Do you remember when Tinkerbell was dying and Peter called out for everyone to clap and chant – “I DO believe in fairies” and it was our collective faith that allowed Tink to continue to exist? Yes, I clapped. And yes. I’ll admit it. I do believe.

Maybe not specifically in Uncle Walt’s pixy who supposedly sets off the fireworks over the Magic Castle in Disneyland each evening, or even in the original and enchanting creation by J. M. Barrie. They belong to someone else’s fantasy.

My belief began in the garden. Under the arching branches of my grandmother’s fuchsia where I sat, pulling out all but two of a blossom’s stamens to fashion faery ballerinas. They twirled and whirled and I believed. Not just in the dancers, but in the presence of magic. There were spirits in the garden.

There have always been spirits in my gardens. I can feel their presence as I work among the bee balm and goldenrod. As I weed about the thicket. Just out of sight, around the bend, down the path. 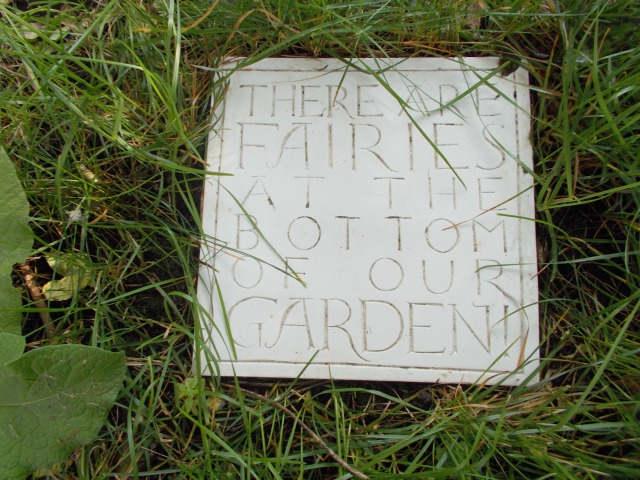 Call it an electromagnetic force field. Call it the presence of mystery, angelic visitation, kinetic energy, pure craziness, or even religion. And before I’m judged to be on the fey side of loony, I would guess that it isn’t such a far-flung fantasy for many of us to have experienced at some time or other, in church, in nature, in a garden – a presence.

My personal touchstone and guide, Joseph Campbell, wrote in the introduction to his book, “The Flight of the Wild Gander,” about the process of “lifting the veil.” He said that “myths are a function of nature as well as of culture, and as necessary to the balanced maturation of the human psyche as is nourishment to the body.” And further, that “symbolic images of mythic thought …may be recognized in themselves as ‘natural’ phenomena, opening backward to mystery – like trees, like hills, or like mountain streams – antecedent to the ‘meanings’ that have been given them and the uses to which they have been put.”

So there!  I sense the connection. And so yes, I believe. After all, I’m the crazy lady who talks to stones and stumps and bunnies.

It’s no coincidence that the other books which sit upon my “favorites” shelf, along with Joseph Campbell, are my Mom’s “A Book of Angels” by Sophy Burnham, “the Blue Fairy Book” by Andrew Lang, “Riting Myth, Mythic Writing” by Dennis Patrick Slattery, and “Care of the Soul” and “The Re-Enchantment of Everyday Life,” both by Thomas Moore.

They all reaffirm my belief in the reality of enchantment and magic and beyond that, the dynamic benefit of allowing a child’s sense of wonder to survive and flourish and inform.

Thomas Moore said it best – “Enchantment is a condition of unending suspension of disbelief, the willingness to live in a bungalow of stories rather than a warehouse of facts. It places imagination before information, and wisdom before intelligence … Rather than subject nature to its purposes, it listens for the occult voices in nature and looks for the personalities that populate it.”

That’s my point. I started out hearing the voices and seeing the personalities under the fuchsia bush and beyond. And for whatever reason, I never turned off the enchantment. 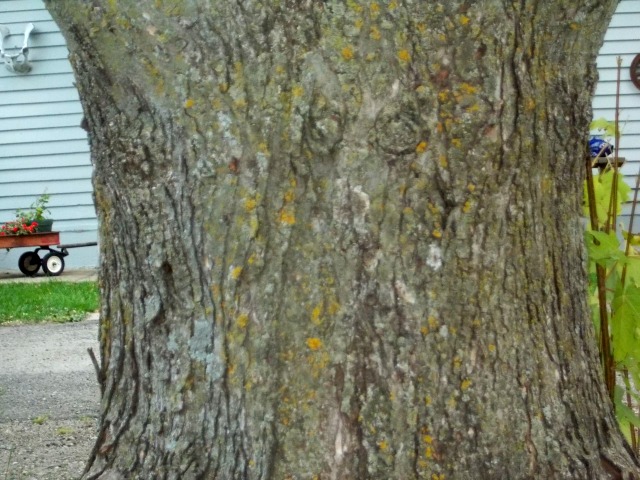 1 Response to I DO BELIEVE