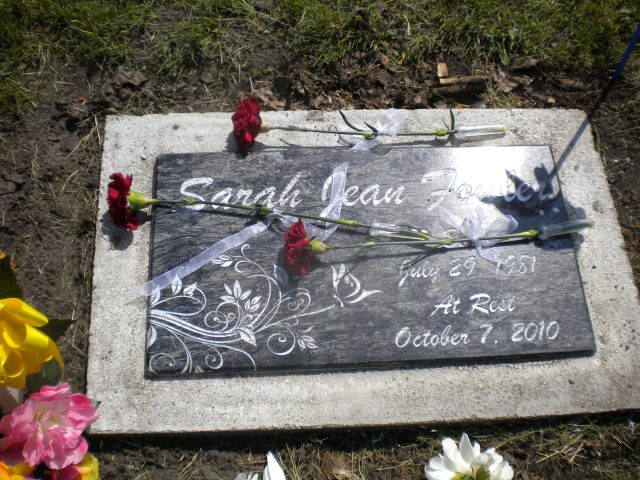 This past weekend was all over the spectrum – a bitingly clear reminder that life is given and taken away, but not always in the usual order.  As a family, we memorialized the too short life of cousin Debbie’s daughter in law, Sarah, and celebrated Aunt Lil’s eighty-eighth birthday.

Lillian lives in the in-town home which originally belonged to my grandparents in Hickson, North Dakota and it is the “home base” for lots of Johnson cousins, including myself.

In spite of the fact that she was surrounded by multiple willing hands, Aunt Lil still got up before the rest of us to get the coffee on while she baked breakfast muffins and fried bacon and eggs. This, after she had cut up and made a heap of her famous pickled chicken the night before as well as three huge pans of baked shredded potatoes for her birthday party and who knows what else.  Then after services at Shepard of the Prairie Hickson Lutheran Church, she had beef roast, mashed potatoes and gravy and creamed peas for 10 at a sit-down lunch.  And that was followed by barbequed chicken and umpteen salads for many, many more a few hours later.  Granted, a few of us pitched in with that one.  Happy Birthday Aunt Lil.

The weekend began, however, with a heart wrenching burial and memorial for Sarah who left behind Trey, a seven year old and Alex who is five and the twins Aspen and Nolan who are four. 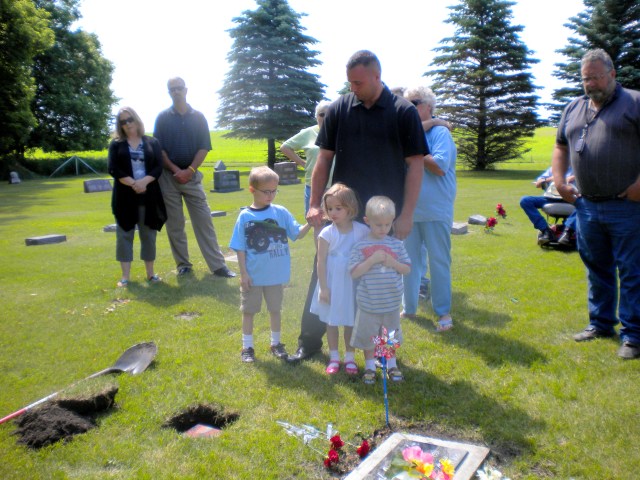 Alex, Nolan and Aspen with flowers for their Mom

Placing her ashes in the ground

Three summers ago we had a Johnson family reunion at Rick and Debbie’s farm.  Here’s an apt and appropriate photo from that time (again thanks to Kim) – “JOHNSONS LOOKING DOWN FROM ABOVE.”  We know they were this weekend.

This entry was posted in faith, Family, food, In Memorium. Bookmark the permalink.