THE MAGIC OF NOELLE

Posted on December 24, 2011 by snowbirdredux

When my daughter, Noelle, prepared to visit us in Minnesota this year, she looked forward to her first white Christmas.  First on her ordering agenda – snow boots!  Followed by long undies, cushy socks, gloves, and a wool kitty cap.   So it was with great regret that I had to tell her about the “brown Christmas” we would be having.   All the weathermen had been predicting it for weeks and as the holiday neared it seemed to be an apt pronouncement.  She arrived at the Fargo Airport anyway, pluckily garbed with boots and kitty ears. She wasn’t going to give up easily on her new northern outfit.

It’s been lovely to have her here.   We went mother/daughter shopping just like the old days.  We made meat balls, laughing over the unseen presence of my mom, who would have been tasting the mixture for salt content, and fussing over the thickness of the gravy. We listened to and heeded her “voice” through every step.  Today we’re decorating the table and rummaging through the dress-up clothes to pick out our holiday outfits.

It’s all been magic.  But yesterday the first real omen appeared. After all the dire predictions and assurances, we awoke to the whiteness of snow! 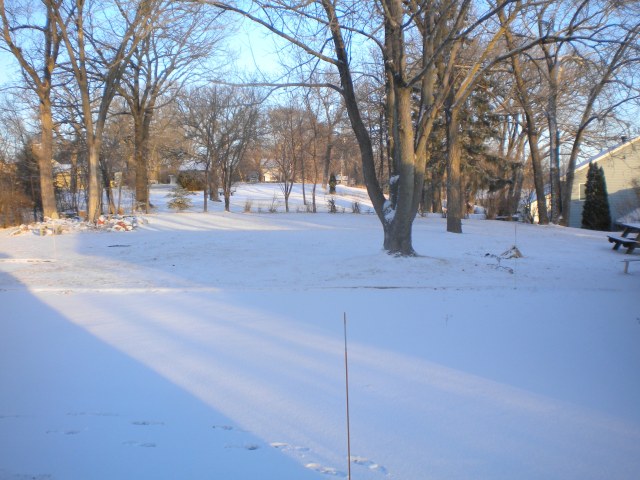 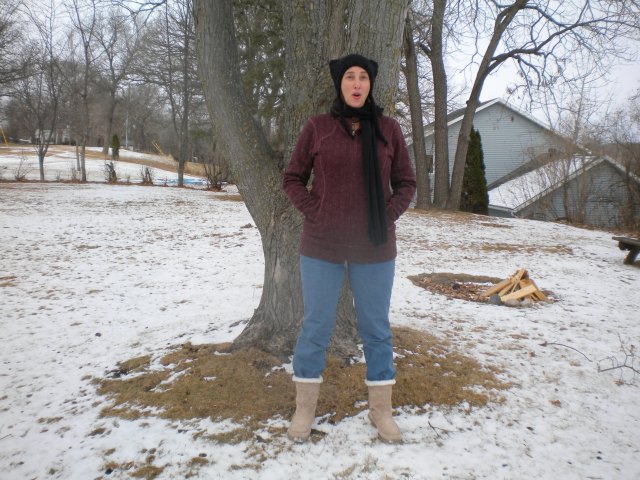 Things are very different this year.  We’ve left four children and four grandchildren behind in California and this will be our first holiday without them.  That’s extremely poignant.

And Kevin (my first born) and my mother are now gone and Harriet was the ultimate Christmas angel, propelling all the traditions and reveling in every aspect of the celebration.  While I was decorating the tree (with her prized ornaments) I could hear Harriet saying – “See that spot there to the right? No, further down” – and I hung each bright bulb and fanciful treasure with gratitude.

Yes, so much is different and so much the same. Since it is just the three of us we decided to buck some traditions and make it a five day Christmas! On the first day we had ham and apple cranberry crisp with Aunt Lil, cousins Debbie and Rick.  Last night we had the meat balls and lefsa  instead of on Christmas Eve. Tonight we’re invited to Valerie and Anders’ for a proper holiday lutefisk (and we’re hoping that Anders will bring out his fiddle).  On Christmas day we’re sharing our roast and pickled herring with friends Florence and Sandy.

Noelle and I agreed some time ago that her flight would be our “present” and there would be no exchanging of gifts.  But more magic occurred last night.

Santa made a surprise visit.