“With the mild winter we had, everything got started earlier including the growth of the fungi,” said Keith Stafford, Fergus Falls city forester.

My heart plummeted and I have been fretful all day since reading those words in the Fergus Falls Daily Journal this morning. Stafford went on to explain that the city lost 191 Elm trees last year because of Dutch Elm Disease, 77 have already been identified as diseased this year, and he fully expects the number to be far greater before the season is over. He looks for wilted leaves on branches and yellowing before autumn, but primarily checks inside the bark (which should be bright white) for brown striations. When he finds the disease, he dates, measures and (GULP!) marks for removal.

The Elm is my touchstone here on Mt. Faith. It’s the tree I gaze at from my meditation aerie. It is magnificent.  It has my heart.

Last fall a large branch fell. Or was struck my lightning. And I worried a bit then, but it seemed to be strong and a local “tree man” pronounced it healthy. For now.

Under the tree I am creating a memorial for my father. His cemetery marker was recently redone by a cousin’s son, who decided to invest in matching stones for all the relatives buried in the Johnson plot at the Lower Wild Rice and Red River Cemetary in Hickson, North Dakota. It was sweet of him and I didn’t want to make a fuss, but I was attached to the dear, old marker that I had always known. So I went to Dakota Monument, out onto their back lot,  and picked it up and brought it home. This may sound creepy to some,  but I set it under the Elm Tree and planted Tiger Lilies (his favorite) and a few ferns, with the intention, over time, of adding-to and embellishing and making it my magic place. 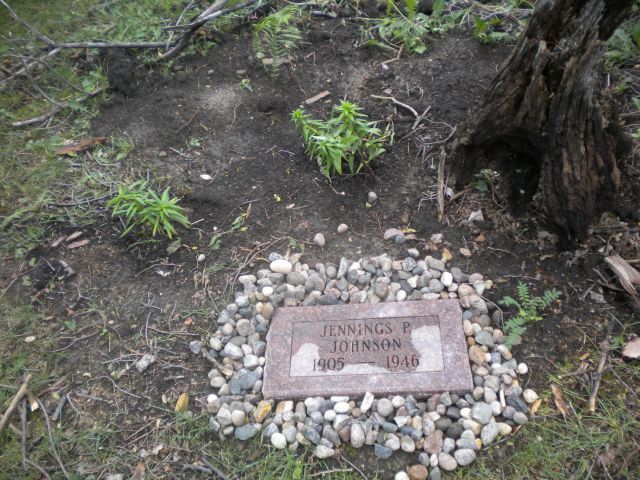 “Long on these mouldering bones have beat

The winter’s snow, the summer’s heat,

The drenching dews and driving rain.”

The Norse God, Odin, upon taking a stroll one day, came upon an Elm tree and with his breath gave it spirit and life as the first woman “Embla.”  Which tells me that the tree is important to Odin and, short of making a blood offering, I’m wondering if he’ll settle for some flowers and red wine? It couldn’t hurt. And in the meantime, I’ll be keeping an eye out for Keith Stafford’s yellow truck. Wish us luck. 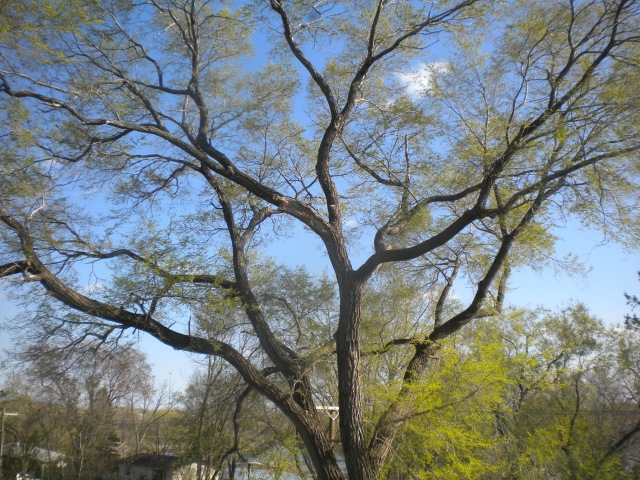 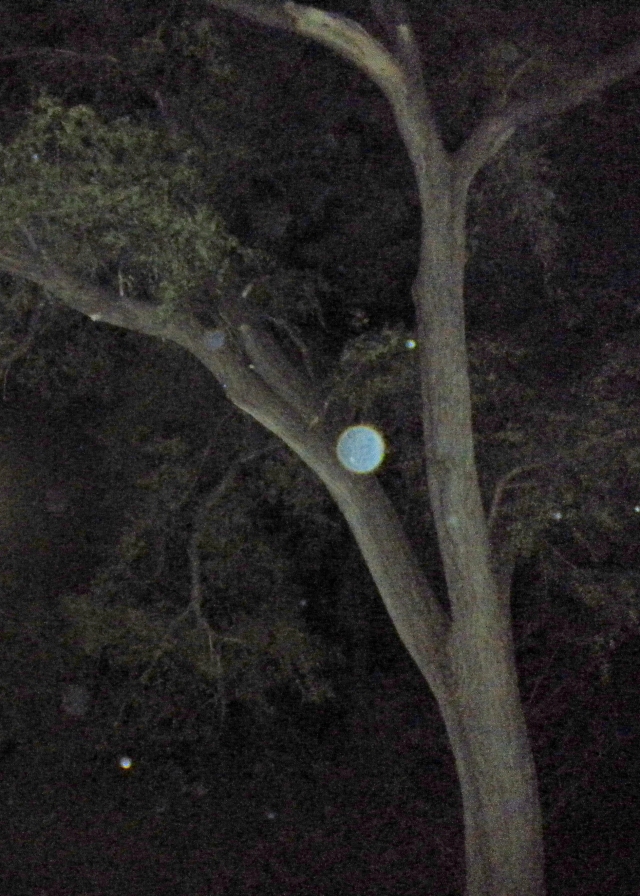 1 Response to ODE TO ODIN